Menu
get in touch

Why Do you need LED Video Wall

If these walls could talk…they’d tell you that they’re bright and bold—and always make an impression! But it wasn’t all that long ago that LED walls were reserved for the likes of the New York Yankees and, well, Daddy Yankee. So while sporting events and concerts have been employing LED video wall displays for years, only recently have they become practical and cost-effective for smaller-scale events. Now, LED video walls can be found at corporate events, trade shows, fashion shows—even wedding and graduation ceremonies.

Is an LCD Wall the Same as an LED Wall?

If you’re thinking, “I’ve been seeing LED video walls at business functions for years,” you’re probably thinking of LCD walls. Short for liquid crystal displays, LCD panels are constructed by sandwiching a layer of liquid crystal between two pieces of polarized glass (much like that smartphone at your side). However, liquid crystals don’t produce their own light, requiring backlights behind the glass to illuminate the display. Because of this, they lack some amount of vibrancy. Plus, when LCDs are tiled together to create a video wall, bezels—the borders between a screen and its frame—are visible between individual panels. Neither of these applies to the superior LED video wall.

The Benefits of LED Video Walls

LED video walls, short for light-emitting diode, don’t require a backlight, instead producing colored light on their own when a particular voltage is applied to them. This makes them brighter, and because there’s no filament, they’re more energy-efficient and don’t burn out or run hot. Another reason for the popularity of LED walls is that today, standard definition (SD) has been all but abandoned in favor of HD video, which LED video wall display screens support.

That’s not all. While LED video walls are created by connecting individual LED video wall panels together, stacking them to create a composite image much like LCD walls, they have no bezels, so images are delivered seamlessly across panels and look great from any angle, giving every attendee a front-row seat. Panel size options can vary, but the most common is a half meter or about 19 inches, projecting images at all sizes, from small to extremely large. 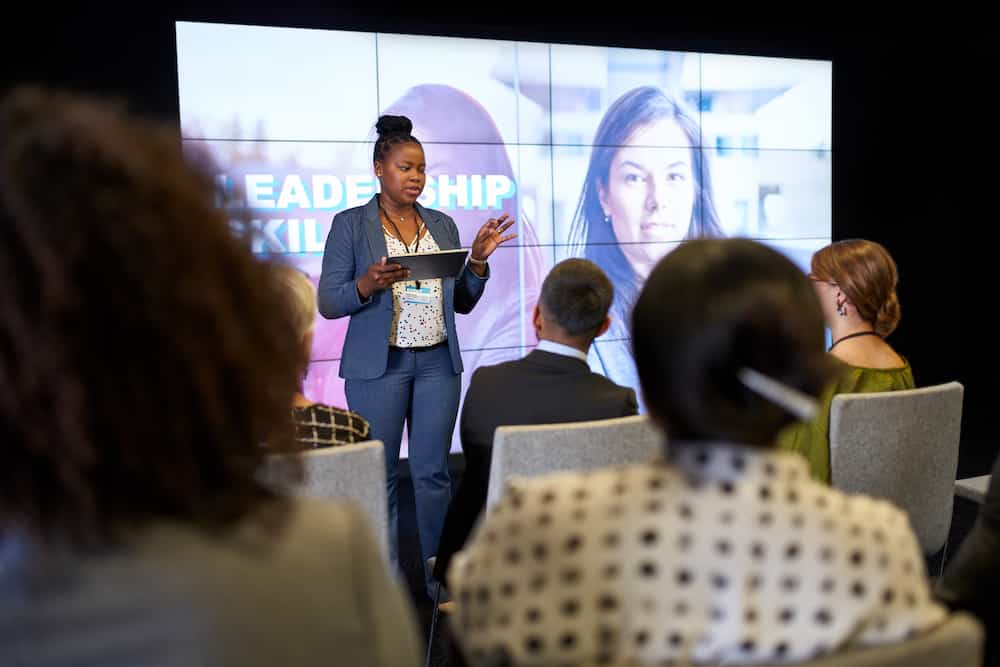 Studies reveal that 65% of the population identify as visual learners, so event planners are taking advantage of the visual power of LED video walls to truly engage their audiences and get any message across, regardless of the event or industry. However, before choosing your NYC LED wall rental, there are a few questions to ask yourself.

1. Do I Want an Outdoor or Indoor LED Video Wall?

There are differences between indoor and outdoor LED video walls that all event planners need to be aware of. For example, indoor screen generally have a lower pixel pitch (not a bad thing) and they’re often not weatherproofed, while outdoor walls are generally larger with a higher pixel pitch, and weatherproofed (for more on pixel pitch, see #3 below). Outdoor LED video walls are also a lot brighter than indoor walls because they often have to compete with the sun’s rays; think Times Square on a cloud-free day. The tradeoff is image quality; the brightness can wash out some of the colors and affect contrast, or what we call black levels—the level of brightness at the darkest part of a visual image.

Of course, circumstances can change. Inclement weather may force you to move an event indoors, or the size of your guest list may have you considering moving the event outdoors to accommodate the audience. Moving an LED video wall into a venue it wasn’t intended can result in a less than ideal viewing experience, so you may want to consider a versatile wall that works inside and outside if you’re unsure of where the event will ultimately be held.

2. What Size LED Video Wall is Right For My Event?

LED video walls are scalable to almost any size and shape, so it’s important to choose the right size wall for your event (size will also be a factor when it comes to LED video wall price). If you’re putting on a smaller, more intimate event, you’ll probably want to go smaller, such as 7’ x 12’ screen, otherwise the LED wall may be overbearing to viewers. However, if you’re putting on a larger affair, such as a general session in a large ballroom or even a concert, you may want to consider an 18’ x 25’ backdrop or greater. Want to take things to the next level? Custom-shaped led video walls make it possible! In 2018, CES used a 96′ wide LED wall screen as well as a LED wall floor for their Keynote presentation at CED Las Vegas See it in action here!

3. What LED Video Wall Pixel Pitch Do I Need?

Pixel pitch, sometimes called dot pitch, correlates with resolution and determines how clear images will appear on the LED wall panel. The smaller the pixel pitch, the less empty space between pixels, which means higher pixel density and improved screen resolution. However, the distance the audience will be from the wall needs to be a consideration. For larger events in which people will be further away from the wall, you can save money and use a higher pixel pitch; for smaller events where viewers will be close to the wall, you’ll need a lower pixel pitch. As a general rule, however, smaller LED video wall pixel pitch is preferred. 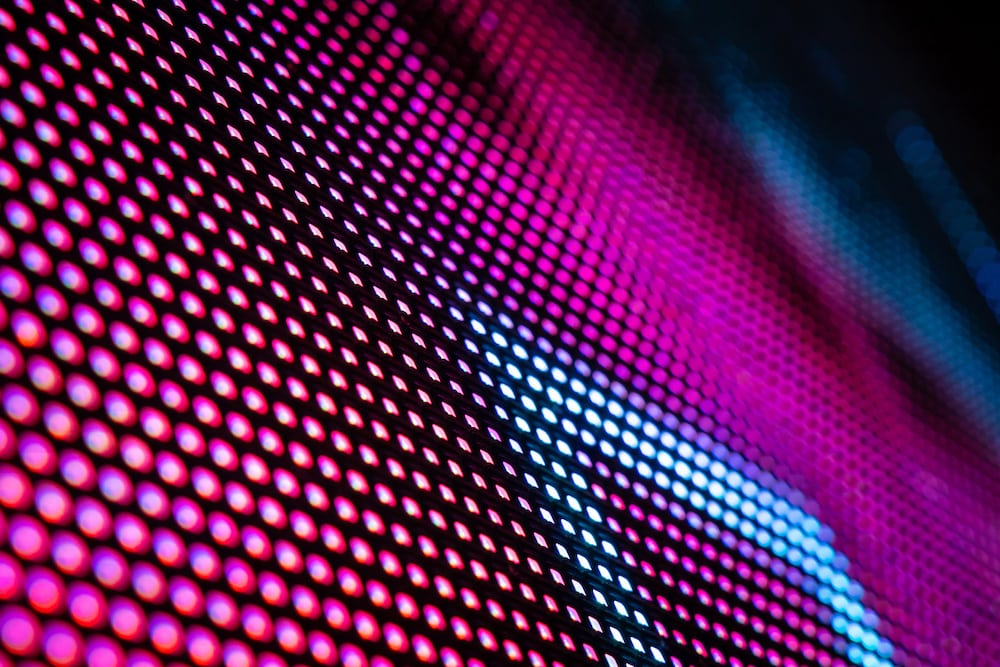 4. What Aspect Ratio Is Best?

It’s important to note that aspect ratios are independent of size; for example, a 6’ x 6’ screen has the same aspect ratio as a 600’ x 600’ screen (1:1). The standard aspect ratio for video and display is 16:9 (16 units of width and 9 corresponding units of height), however, you can choose to go ultrawide using video processors that ensure visuals fit perfectly.

When it comes to LED video walls, aspect ratios are very important. For example, if you want to display a live TV feed full-screen, it’s critical that your video wall is 16:9, today’s standard for video. For other LED video wall display screens, aspect ratios can be customized by your event productions company, but it’s not always ideal and can result in the following:

If the desired look for your stage and screen is a custom aspect ratio, like going ultra wide for example, the most common practice is to create custom content with the exact resolution and aspect ratio as your screen so that it fits perfectly. You can also use special screen management software to move your content around the screen without distorting the image.

5. Should I Rent a Mobile LED Video Wall?

Some LED video walls can be trailered around, enabling you to have them moved quickly from one location to the next. For example, at golf tournaments or marathons where people tend to move from location to location over the course of the event. Set up and teardown is also a breeze, as they can be trailered right off the event grounds when it’s over. One question we’re often asked is if LED wall can be physically moved without the aid of a trailer (for example, to use it to greet people as they enter the venue and then move it to the main conference room for the main event). Unfortunately, no—there’s nothing mobile about an LED unless it’s on a trailer!

Five Ways to Make the Most of Your LED Video Wall

Now that you know the basics, we’ve put together some ideas that can help you make the most of your NYC LED wall rental.

For those watching their budget, an LED video wall display can also be a money-maker. Let any event sponsors know that you will have one at your event, and that you’ll promote them on it for a sponsorship fee. Putting their logo and messaging on large LED video wall panels, which all eyes will be on through much of the duration of the event, gives sponsors much greater exposure than banners or an event program. You might even consider brief, 15-second promotional spots which can bring in considerably more money.

Whether or not you have a design team on hand, they may not be used to creating for a screen as large as an LED video wall. So, you’ll want to be sure they understand that text and graphics need to be large enough to be seen from the maximum viewing distance. Bright white backdrops can also have a tendency to wash out visuals on screen, so it’s often best to choose a more neutral color. Finally, while it may seem like a no-brainer, always conduct a test prior to the event to ensure an ideal viewing experience for everyone. 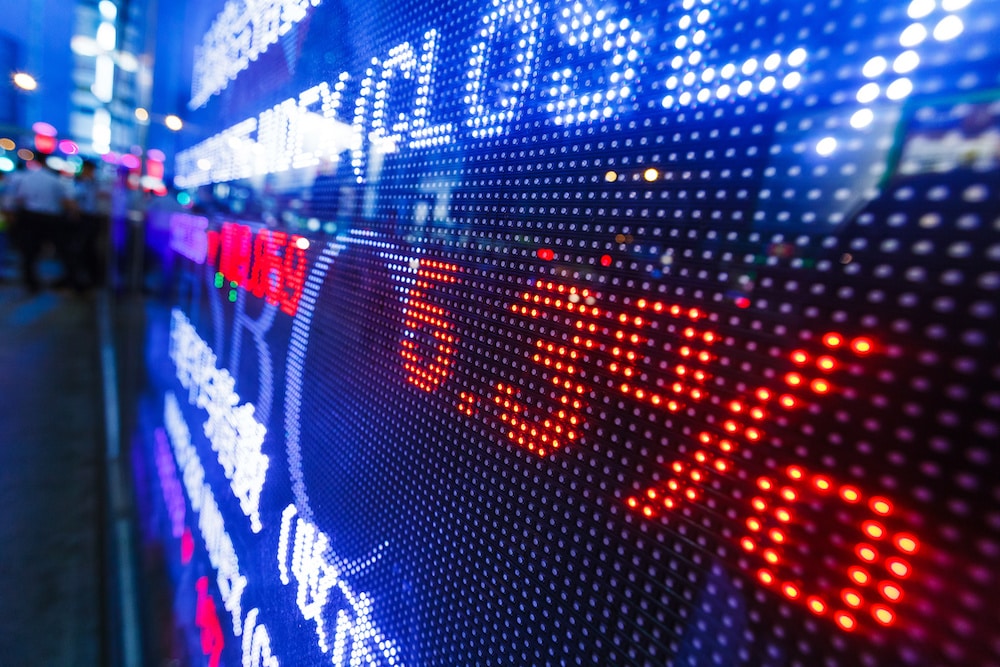 There’s no escaping social media, so rather than have people engaging with their friends on their phones, boost their engagement at your event by displaying social media feeds on your LED video wall that highlights tweets, instant messages, and event selfies (Everwall is a great example of a company that can bring this to life). Worried about guests getting inappropriate? Posts can even be monitored and edited by a moderator with a simple posting delay in place.

If you plan to employ any form of gamification at your event, you can use your LED video wall to display a leaderboard. Not only does this allow attendees to engage in some friendly competition, but it also gives your clients an idea of who is most engaged at the event and who may become a potential influencer in the future.

LED video walls are heavy, and if improperly installed, they can topple over and become quite dangerous. The last thing you want at your event is a lawsuit, so be sure your LED wall is properly supported. For floor models, this means having a weighted and counterbalanced structure behind it to prevent it from falling forward. For LED video walls that will be up high and above the ground, you’ll definitely want a professional involved; licensed riggers will make sure the equipment is installed properly and meets TUV certification standards, which identifies the wall as adhering to global regulatory safety standards.

Even with all the best planning in place, deciding which LED video wall rental is right for your event, and using it properly, can be an endeavor that some event planners don’t feel comfortable taking on. When you work with a reputable event production company, they can provide complete LED video wall support, helping you determine which size and model are right and which pixel pitch is perfect. They’ll also be on hand to test the equipment and troubleshoot any problems that may arise, and handle the setup and tear down. That’s exactly what the experts at One Way Event Productions can do for you! As a full-service event production company, we can also help with all other aspects of audiovisual, including creative event lighting and event lighting design, helping you to put on an event that truly shines! Contact One Way Event Productions today and ask us about our services, LED video wall prices, and LED video wall rentals! 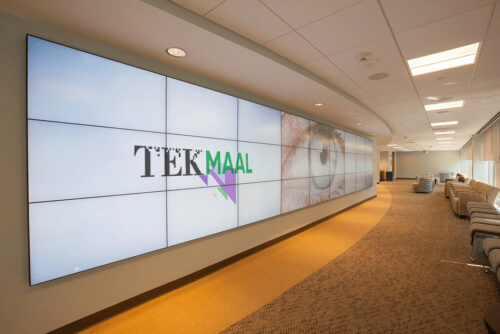 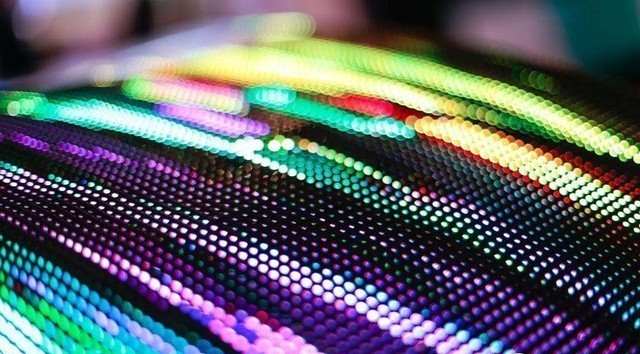